Recent cyber-attacks like ransomware and other cybersecurity threats forced various organizations to look for certified ethical hackers to penetrate networks and computer systems so that they find and fix security vulnerabilities. A white hat hacker, or ethical hacker, uses penetration testing techniques to test an organization’s IT security. IT security staff then uses the results of such penetration tests to remediate vulnerabilities, strengthen security and lower an organization’s risk factors.

EC-Council CEH (Certified Ethical Hacker) Certification helps you in recognizing vulnerabilities and weaknesses within an organization or business’ network. The only difference is that instead of exploiting these security gaps, you will use the knowledge to safeguard an organization or business network and patch if there are any potential exposures. CEH certification program authenticates skills and knowledge of professional in 18 domains. 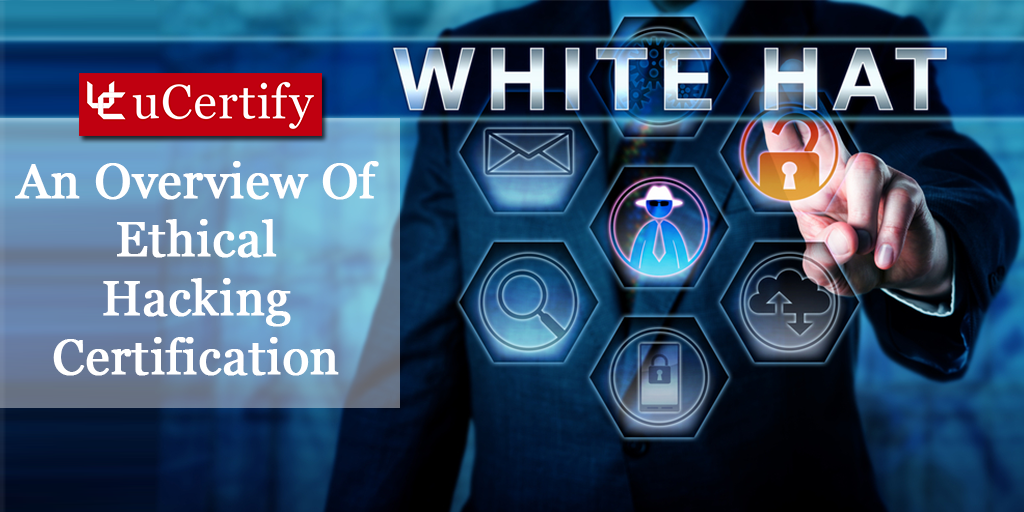 The certification offers an average annual salary of USD 89,000 and career prospects like:

Want to become a Certified Ethical Hacker? Try uCertify  CEH-v9 course and labs. The course covers the complete exam topics efficiently and provides you with the necessary skills and knowledge. The course contains performance-based labs that simulate real-world, hardware, software & command line interface environments and can be mapped to any textbook, course & training. So, enroll in the course for the best results and boost up your career prospects with us.

An Intrusion Detection System (IDS) is used to detect unauthorized attempts at accessing and manipulating computer systems locally, through the Internet or through an intranet. It can detect several types of attacks and malicious behaviors that can compromise the security of a network and its computers. This includes network attacks against vulnerable services, unauthorized logins and access to sensitive data, and malware (e.g. viruses, worms, etc.). An IDS also detects attacks that originate from within a system. In most cases, an IDS has three main components: Sensors, Console, and Engine. Sensors generate security events. A console is used to alert and control sensors and to monitor events. An engine is used to record events and to generate security alerts based on received security events. In many IDS implementations, these three components are combined into a single device. Basically, the two following types of IDS are used :

Network-based IDS: A Network-based Detection System (NIDS) analyzes data packets flowing through a network. It can detect malicious packets that are designed to be overlooked by a firewall’s simplistic filtering rules. It is responsible for detecting anomalous or inappropriate data that may be considered ‘unauthorized’ on a network. An NIDS captures and inspects all data traffic, regardless of whether it is permitted for checking or not.

Host-Based IDS: Host-based IDS (HIDS) is an Intrusion Detection System that runs on the system to be monitored. HIDS monitors only the data that is directed to or originating from that particular system on which HIDS is installed. Besides network traffic for detecting attacks, it can also monitor other parameters of the system such as running processes, file system access and integrity, and user logins for identifying malicious activities. BlackIce Defender and Tripwire are good examples of HIDS. Tripwire is an HIDS tool that automatically calculates the cryptographic hashes of all system files as well as any other files that a Network Administrator wants to monitor for modifications. It then periodically scans all monitored files and recalculates the information to see whether the files have been modified or not. It raises an alarm if changes are detected.

The following are types of responses generated by an IDS:

Anti-x is a component of Cisco Adaptive Security Appliance (ASA). Anti-x provides an in-depth security design that prevents various types of problems such as viruses. The security provided by the tool includes the following:

The Cisco ASA appliance can be configured for a network-based role for all functions of Anti-x.